Many businesses support organizations and charities as a way to give back to their community through time, referrals and finances.

In this blog, we felt it was time to share the history behind the relationship we have with the charitable organization called Mennonite Central Committee (MCC), which may not be familiar to some in Calgary, but has a history dating back to the First World War. They are active not only in the city but in regions of unrest and disaster throughout the world. As the second generation involved in the business, we would like to tell you, our valued customer, about the amazing work MCC does and why we have supported them over the years.

Our association with MCC began in World War II when our fathers’ family was forced to leave their home country due to persecution and escaped to a refugee camp in Europe.  Circumstances of the war forced our grandparents to be separated while travelling. MCC volunteers from Canada and the USA worked for over a year to assist the refugee group to find residency somewhere in the world.  Eventually arrangements were secured for our family and others in the refugee camp to travel across the ocean by ship and settle in Paraguay, South America, the only country that would take this displaced group.

MCC was then divinely instrumental in reuniting our grandparents, so our grandfather was able to travel on the second ship bound for South America and be reunited with the family.  MCC assisted in providing essentials to the settlement of the people with animals, farm implements, clothing and non-perishable foods. Our father and his family spent the next eleven years in Paraguay, and then were successful in securing sponsorship to Canada. Arriving in Canada at seventeen, our father worked in various trade jobs before apprenticing in upholstery at a Canadian manufacturer in Winnipeg.  His drive, work ethic and determination to learn were recognized by the owners who transferred him to Calgary, where he eventually took over as plant manager.   Our father, along with two partners, used his knowledge and entrepreneurial talents to start his own furniture manufacturing business and the rest, as the saying goes, is history.

Over the years, MCC has been a place where our family has donated both time and finances to support the local thrift store in Calgary and relief sales held annually in Alberta.  We know that our family story would look very different if not for the people and resources at MCC acting on behalf of those displaced and without hope during a time of world crisis those many years ago. Our manufacturing business has been a place of employment opportunity for newcomers to Canada (both refugees and immigrants) and we have been blessed with long term relationships with those employees and their families.

When the opportunity came along to open the retail branch of the business, Birchwood Furniture Galleries discovered that there were new ways to support MCC. We have partnered on specific programs at MCC, as well as donated products to the local thrift store that cannot be sold as new.  Please visit MCC Canada here to learn more about their mission and purpose and how you can support local or international programs that may be meaningful to you and your loved ones.

Birchwood Furniture Galleries is excited to announce that we are planning a few events in the coming weeks to bring awareness and resources to MCC. The big culmination will be a live on location with radio station Shine FM on Saturday, June 4 where representatives from MCC will be interviewed by hosts from Shine FM about the work they do both locally and abroad.  We are thrilled to donate a portion of sales from that day to MCC to support their efforts in Calgary. 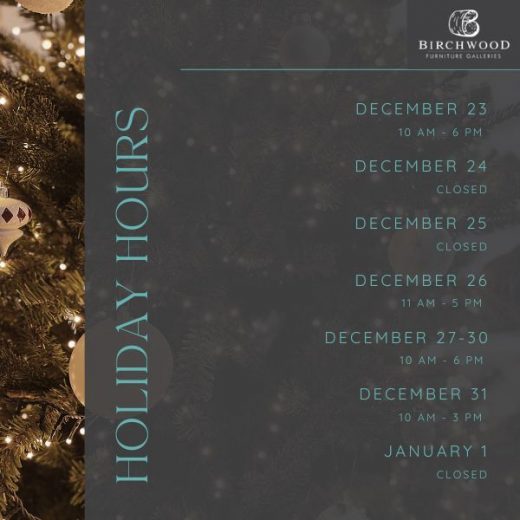